Okay, here are some of the top places to live in the Boston area.  From what I have seen, prepare for bidding wars if you want your dream home here.

Single-families are never easy to find in Cambridge — they account for just 7.5 percent of the housing stock — and these days, when they do come on the market, they “just fly off,” says realtor Catherine Luther of Channing Real Estate in Harvard Square. “There’s a whole new group of buyers out there, people in their 20s and 30s who don’t want to rent anymore.” Today’s median single-family price in Cambridge is actually 21 percent higher than that of the 2005 market peak, and condos, too, are up, with a median of $438,000, 5 percent higher than last year. If you’re looking for diversity, brains, walkability, and crunchiness, there’s no place better than the People’s Republic. Just make sure you come armed for a bidding war.

It’s been years since Southie shed the rough-and-tumble image depicted in 1997’s Good Will Hunting. Though South Boston retains its neighborhood character, it has become a hub for single professionals and young families looking for great restaurants, appealing parks, and proximity to downtown, the waterfront, and public transportation. At the moment there are only 14 single-families on the market, ranging from a tiny three-bedroom for $349,000 to a 4,000-square-foot Victorian for $1.3 million. But act fast, because the area is red hot: Single-family prices have climbed 8 percent from the 2005 market peak, and condos are doing well, too, with a median of $400,000. 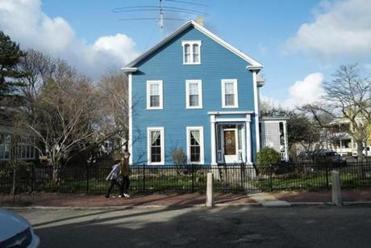 The commute to downtown Boston — about 40 minutes — is hardly a deterrent when a city’s got as much going for it as Beverly, located at the confluence of the Bass, Danvers, and North rivers, which form Beverly Harbor, with access to Salem Sound. Originally an agricultural and working waterfront community, Beverly became a summer resort for city dwellers in the 1800s, and many properties built between the late 19th century and World War II still stand, from bungalows to Queen Annes. There’s also plenty of green space, and though each neighborhood, from Prides Crossing to Fish Flake Hill, has its unique charm, taken together they’re “sophisticated but very friendly and family-oriented.  Beverly’s a beautiful place to live.”